The Boy Who Fell revolves around an innocent, softhearted and almost-spineless boy named Ren who suddenly finds himself in Hell after accidentally falling off a school rooftop. He is then forced to partake in a tournament full of powerful and vicious beings in order to attain his only way of going home: an all-powerful wish from the ruler of Hell himself.

As the story progresses, lines between allies and enemies are blurred, dark pasts are revealed, political issues come to light and all the while, Ren slowly realizes that in order to survive this journey, he might have to give up the very things that make him human. 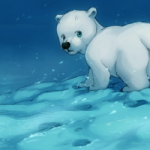 The Last of the Polar Bears 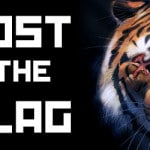 Ghost of the Gulag

A shy, soft-hearted transfer student who "accidentally" falls off the school rooftop on his first week. Now, he is stuck in Hell and has to fight his way home.
Despite his personality, he is a keen observer and can easily spot an assailant’s weakness (with the right encouragement).

The King of the Two Hells.

He is mischievous, easily-bored and at times, quite mean.
The main reason why he pulled Ren into Hell in the first place was because he thought it would seem interesting.
In truth, every big decision he has ever made in his reign relies solely on whether or not he could get some entertainment out of it.

Her main goal in life is to make everyone aware that her clan is the most powerful in Hell.
She follows the Pafhelian Code of Gratitude, which is the reason why she is helping Ren win (or survive) the tournament.