Rating: 18+ for graphic violence and nudity

Angora, an inexperienced young girl who has been sent on a quest to save the world. War looms on the horizon, and at its helm is the Emperor of the North and his hellish adviser. The two countries are overwhelmed with as much terror, crime, disease and revolution as they are with those who wish to create peace. Armed with only her instincts and an unexplainable power, she must experience and judge the world—and decide once and for all if it is truly worth saving. 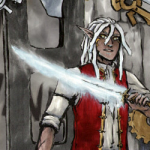 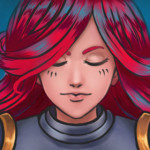 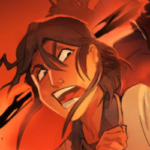 Angora is a teenaged girl who, up until recently, had been living in a commune in the jungle. When her “grandfather” sends her into civilization, Angora is forced to grow up a little faster than she had expected.

Luca deSadar is the leader of the Pasori peoples, and the Emperor of the Northern Territories. Despite his stranglehold on the north, he finds himself losing his grip on his family, his people, and perhaps his sanity.

Soli Areni has got a job to do, and that job is to kill her ex-boyfriend. With help from her talented 12-year-old sidekick, she might be able to gather enough resources to find the bastard and finish him off once and for all.