Despite being known as a seedy tabloid The Unseelie Times is bought by pretty much everyone in the city. Some binge-read it, craving some fresh, spicy news, some like feeling the texture of that very paper as they wipe their ass with it. Sometimes it covers matters of finances, sometimes – of politics, some pay for it to get a rundown on the new ways of entertainment, others are deep into conspiracy theories it sheds the light on. The powers that be (and their diverse sycophants) disregard the paper and even treat it with some contempt. Yet they can’t help but admit that “The Unseelie Times” is indeed the Fourth Power. 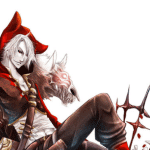 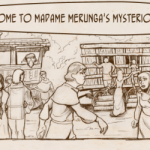