Rating: For all ages

In this more comical and lighthearted take on Robert Louis Stevenson’s classic story, in attempt to better himself through science, the brilliant, kind yet meek Dr. Henry Jekyll drinks his hyde formula, but the results are not what he expected. He winds up creating his wild and free-spirited alter ego Edward Hyde. Through that, the doctor and the beast must try to deal with their situation and each other. With a series of colourful characters from both the classic tale and the famous play like Gabriel Utterson, Lucy Harris, Richard Cornelius Poole, Governor Carew, Nellie, Emma and Hastie Lanyon, this is one take of the strange case like you have never seen before with action, comedy and even some mystery. 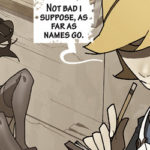 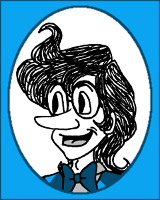 Dr. Jekyll is a sweet and gentle man to an extreme fault making him prone to being walked on an used by everyone which lead him to researching a way to better the self through science. Like all eccentric geniuses, his research lead him towards the Hyde Formula and through it, he would up meeting someone who would change his life forever... his alter ego Mr. Hyde. 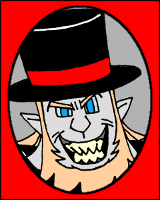 Being Jekyll's shadow, Hyde is a wild, free spirited and overconfident troll who loves money, gambling, indulging, female attention and life with no borders. While he means no one harm, he doesn't let anyone get too close to him emotionally as he doesn't want to be used. He also can't stand it when people use others hence why he openly defies the board of governors especially Carew.